It’s been a couple of years of doing other things, establishing a brand and generally keeping shop. My stationery shop The Writing Room is now online only, with plans to pop-up at literary and other events around the country.

Busy times, which meant blogging had to take a back seat – as did other things – but I’m back, with plenty to say.

I’ve been developing fiction and essays, with a smattering of online publications. I’m gradually updating this writing space and will put links up to my work when I get to it.

I’m working on a piece about my recent (first) trip to New York, which was an inspirational and wonderful experience. Plenty of other writerly things going on so I’ll be back soon to update.

One of my new endeavours is the Lyme Regis Literary Salon, a local renaissance of a long-established tradition.
I rather like the Oxford English definition of a Salon as a regular social gathering, especially of writers and artists, at the house of a woman prominent in high society.

Or London’s Society Club, which champions the Literary Salon as an established tradition, the cultural importance of which cannot be underestimated.

Indeed. I was thrilled to hold the first Salon in the beautiful Regency villa that is Dorset House, to share written words with like-minded people, accompanied by cocktails befitting World Gin Day. And a nod to the Queen’s birthday too. All right and proper.

More Salons to follow down here, with an exciting book launch during ArtsFest in September and something a little Dickensian for the festive season.

And I’m already planning next year’s Salon list, with the wonderful southwest literary tradition on the menu, as well as essays & essayists – including the modern day version, the blog & blogger.

I have plenty more to say on the subject of essays, but a separate blog post is required to give this versatile form its due attention.

There’s a new phenomenon. The Bullet Journal is ‘an analogue system of organisation for the digital age.’ Sounds good. The basic premise is that it’s a system that will teach you to do more, with less. A one-stop shop way of keeping on top of your To Do list, your notebook, sketchbook and diary. I like this premise. I’m all for a groovy way of coping. With everything. See the link above for an introduction to this idea.

There’s a lot more to come from me on this subject, with my shop owner and workshop facilitator hats on. And I’ll be investigating it as a means of supplementing creative endeavour and journaling itself (a vital part of the creative process).

But for now, it’s just me, trying to write. And in the spirit of bullet journaling (albeit in a very basic fashion), here’s a quick update on what’s been happening since January, in bullet points:

Well into the new year and it’s been a positive start with different schedules and a reshuffle of priorities. It’s the stormy season down in Lyme Regis: watching the waves in the wet & windy weather is always great for a sense of perspective, which is good for the (writing) soul.

Last time I posted was during NaNoWriMo, a November filled with frantic writing and wordcount targets. And while I officially ‘lost’, I opted to define my 20,000-odd word tally as a ‘win’. Now it’s time to put those words under scrutiny and shape the narrative.

Other bits and pieces are in the pipeline: some exciting, some frustrating. So pretty much a writer’s lot, which is absolutely fine by me.

We’re over the midway point of NaNoWriMo. National Novel Writing Month is global creative writing challenge, whereby participants sign up to write 50,000 words during November. A novel. That’s 1,667 words per day. Each writer can update their progress online and access supportive Twitter and other resources, from author pep talks to word sprints. After a lot of indecisiveness I signed up; I had an idea and wanted to get it down (however badly) and also wanted to develop a new writing habit as it’s become a bit fractured since I finished my MA.

Two-and-a-half weeks in, and I am woefully behind. After a dynamite first week other things happened and I lost a week. Legitimately, not through procrastinating, but it’s still gone. And the words aren’t there. At least not enough of them.

I was on the verge of giving up completely but realised all is not lost. With 12 days to go I think I can nail 30,000 words by the end of the month, or thereabouts. That will more or less complete the novella I’ve been dabbling with this year and leave room for editing (there’s bound to be a cull with NaNoWriMo frenzied wordcount).

I’ll report back in December, when I’ll either have nailed the novella or found another way of redefining failure 🙂

The summer holidays passed by in three distinct phases: rainy, wonderful Paris and rainy. That was August in my life. Yes, I do love Paris. More on that later, no doubt.

The arrival of autumn has restored some sense of order (rain is expected, if not welcomed), and I feel the usual optimism that comes with sharpened pencils and new stationery with which to create and organise. See my previous blog post on new shop The Writing Room for added stationery verve.

It’s also time to look through my journals and ideas. Back in July I went to an outdoor workshop at the Ways with Words Festival at Dartington Hall, Totnes. Poet Christopher North shared his methods of seeing, rather than merely looking, and I spent real time focusing on different aspects of the natural world around me. The result? Almost a poem. And after a short breathing space I’m ready to revisit and hopefully finish it.

Plenty in the changing season to put a spring in my step.

The launch of my new stationery-cum-all things writing-related shop has been the focus of much of my attention over the last three months or so, hence a rather pitiful blog presence. It also took away from my writing time, but I always knew it was a means to an end; by creating The Writing Room I now have a snug room in a Georgian townhouse in Lyme Regis, which is a writing space as well as a shop.

Here I will do a novel rewrite, following very encouraging and constructive feedback from the powers that be at Manchester Metropolitan University, all of which formed part of my (now completed) MA.

My other creative writing endeavours have involved working with some very talented Year 5 & 6 students from various schools around the area. Most recently I completed a series of workshops with five primary schools from the Honiton Learning Community, which involved flash fiction, recipe poems in a café, short stories on the beach and Haiku set to music, which formed part of an exciting interactive exhibition at Honiton’s Thelma Hulbert Gallery. As well as seeing the children gain confidence in their writing and enjoying reading & listening to their wonderful work, I’ve also been inspired by their energy. I look forward to more of this as my colleague and I work with new groups of Year 6 pupils in the next academic year.

After the long process of finishing my first novel, I’m now enjoying writing a new novella, the idea for which came to me over a year ago (MA and novel commitments meant it was prudent to hold back until this year to start to write it!). I’m also keeping in touch with my short story writing, currently mapping out various submission deadlines for the second half of the year. The challenge, as always, will be meeting those deadlines. The first step towards achieving this is a trip to the Ways with Words Festival of Words & Ideas at Dartington Hall in Totnes tomorrow, for Christopher North’s outdoor workshop Back to the Garden. Can’t wait. 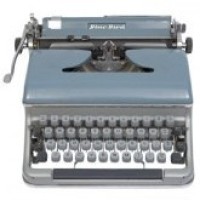 Janis Lane
Create a free website or blog at WordPress.com.